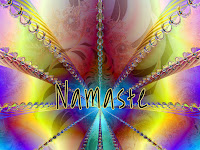 So, I go to bed shifting back and forth over whether or not I am going to go to a program that I promised to go to on Facebook. The program was being hosted by a dear friend/teacher Alex. I hesitated because the program started at 9AM, and I don't be up at 9am especially on a Saturday. But the guests sound interesting and Alex was teaching Brazilian drumming. Cool.

As usual, I go to be really too late to get up at 9am. It was already 4:30am by the time I laid myself down. So cool, I say well if I wake up I will go. I wake up at 9am.. Not going now, I tell myself, but from the time I went back to sleep up until I finally was awaken by this dream at 2pm, I could see that I really needed to go. I had one zillion excuses for not going. Then it boiled down to, you want them to support what you are doing right?? Yeah, I say to myself, let me get up and go.

As I was getting dressed I began to rehash the dream and its significance. Little by little the cloud began to dispate and I realized this dream was about integrity, with all the players that would bring this message home, especially my daughter.

So in a short portion before the long one, I can hear folks clapping as if it were the end of the show. Not a lot of hands going, so I assumed it was a small crowd. It was as if I was in the other room but could hear what was going on. I hear a piano. How does that have to do with Afro-Cuban music I question to myself in this part of the dream.

Later, Adwoa invites us into this room. She is carrying "Peanut" but Peanut is at least 3 months old. She is so cute with reddish brown frizzy baby hair and Adwoa lays her on the table in her carseat. She tells us that she is going to show us a video of the childbirth and every thing. She wanted to keep it from us until the appointed time, but she did not give us a reason.

Personally, I was really hurt, because I wanted to be there and I could not understand why she would leave me out of all people, her own mother. But I sit down and wait for the video to start.

People begin to come into the room, an old white couple, Adwoa introduces as the baby's grandparents. That was really strange to me, but anyway. A few of her friends come in and they all take their seats. Me, I am completely outdone. I begin to weep to myself and feel a rush of emotions run over me.. and then I wake up. I think this is the whole thing.

Anyway, as I prepare to go to the program, I realize this dream is about me. I said I was going, and then I procrastinated and made excuses to not go. I really didn't want to be caught down town trying to find a parking space. So I ask the Parking Goddess to direct me. Sure enough, I found a space, had a bit of a fumble at the Parking Kiosk. Walked really, really fast to the venue, and just as I was going in, there was Alex, in the uppermost back row!! I was able to speak to him briefly, showing my face in the venue for a few minutes, 20? And guess what else, wasn't this dude sitting at the piano playing Afro-Cuban Jazz? Shows how much I know. Then they played on of my favorites, Afro Blue. They did a great job!!! My brain and spirit was expanded.. I got back to my car before the parking police put a ticket on it.. and was blessed with a dinner out by a good friend.

All in all, it has been a wonderful day of self realization. I can't be upset about anyone else's lies if I am not going to be up fron about my own and stick to my own intentions that I have made.

A dream-imagine? If Yeshua had been the Creator's Only Begotten Daughter?

In this dream I am talking with a group of men. Some of these dudes are so fired up about what they believe! They are talking all over each other and trying to make a point louder than the other. I must admit that most of it I agreed with, and I thoroughly enjoyed the exchange and the testosterone!! 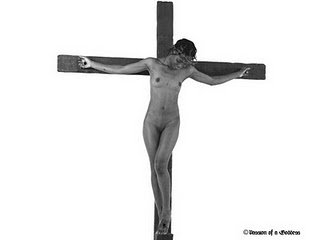 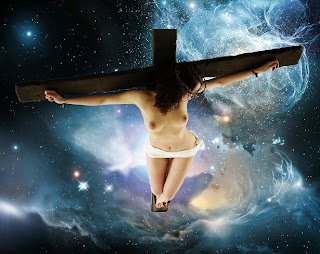 Posted by Nana Baakan Agyiriwah at 11:10 PM No comments: Links to this post

When I look up, I see my craft sideways down into the shore. A shore that appears to be a deep gray sandy dirt texture. I look out over the "sea" it is green/blue/purple color. There is a red sun setting over the horizon. The glowing color of this sunset is breathtaking.. deep and stretching across the horizon from end to end.

I am dressed in a "space suit". It seems I have on a helmet. The suit is a bit bulky, it may have been a silvery color. I have a co-pilot. We seem to be awakening, rising up, or coming to our feet; maybe having ejected from our craft.

We look away from the body of water and see droves of very thin and very tall female species. We had no knowledge of these type of creatures. They are carrying long oblong vessels on their heads, as if they are about to go into the body of water before us. Interestingly enough, they barely notice us.

Our craft lying sideways into the shore of this body of water. Unfamiliar to us. It is virtually submerged, half way into this shore. I have seen this craft in waking life, small, cylindrical and dull metallic. 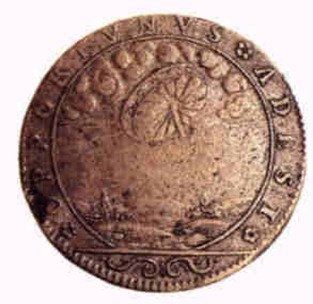 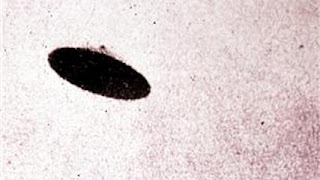 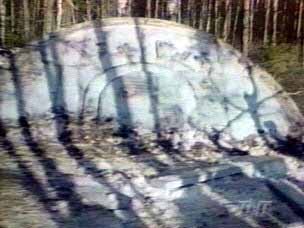 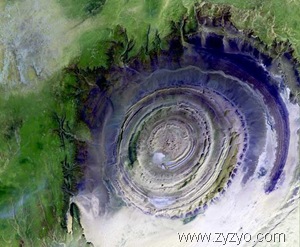